A downloadable game for Windows

Bridge pieces of a relaxing low-poly 3D world to uncover a short narrative.

A World, In Pieces is a follow-up, similar in style and gameplay, to my first game, a college project entitled A World, At Peace. As the open-ended nature of most of the story allows, A World, In Pieces can be enjoyed on its own by anyone, though of course there is some extra value to be gained from playing both games in any order!

Purely gameplay-speaking, in A World, In Pieces, several floating islands are disconnected from each other. In order to traverse them, you'll need to seek out a special collectible energy. Encapsulating the entire experience is a short story placing meaning behind these events.

A World, In Pieces was developed over a period of 30 days, utilizing a variety of programs including Unreal Engine 4, Blender, Clip Studio Paint, and Adobe After Effects.

I hope you'll consider buying this product and playing along in my latest endeavor inside of Unreal Engine! I've learned a lot during this little summer project, and I'm excited to see what players think of the experience crafted.

A World, In Pieces

A Very Special Thanks To

and of course itch.io, for allowing me a platform to distribute this.

I played the first game a while back and I'm so glad you continued with the concept! I think there's something so charming and sombre to the style and world. I did complete it to 100% in roughly 10-15 minutes, a far cry from the suggested hour, but A. It's a free quality  game so I'm not complaining, and B. The artistry is well worth the experience, no matter how long.

I'll always be excited to see your future work, and I especially have to say, the music is incredible. I thought the same thing with A World At Peace. Seriously, it stands out. You should make a short album.

I never did figure out what the coding meant in that one character dialogue in A World At Peace, so I'm glad I got some more of this world in the end. :)

Been a while since I got a comment on this game, haha. Thanks for playing!

Yeah, the game is admittedly pretty short; I'm not sure where I got the original metric from. In any case, I'm glad you enjoyed the experience! In regards to the availability of more music, I post music semi-regularly on my YouTube channel if you haven't given that a look yet. It's a personal hobby of mine, so it's great that you found it a standout feature of these games.

Over the year or so since I put this game out, I have been experimenting with and brainstorming on the idea of a game that captures a full exploration of this character as I understand her now. It's funny that you bring up the hidden dialogue in At Peace and its relevancy in this game; when making At Peace I had a considerably different idea of where to take that hidden message then what actually became of it here, and now from here to my new ideas, the very same effect happened again.

Rambling aside, again, thanks for playing, and I hope you will keep an eye out for my future projects. :)

This was very nice but just felt it needed a proper ending. Very colourful and ran nicely with some lovely relaxing music to push the game along. Good job... :)

Let's cut to the chase, how do we get the gold orb! Is it even possible?

Regardless I loved this game. It follows a similar formula or colelcting the orbs and talking to statues, but with some added twists with the red boy. I'm not not I fully grasped who he was, but I still have my own personal thoughts on the game.

It's in the same format I played A World, At Peace. The Chill Series. So half game, half vlog. So I may trail off and talk about my day a bit, but I kind of works with the game. So thanks. Glad I spent my money on it.

Loved the game! It was a great experience, though I don't think I got everything possible (even if the game told me), since that gold orb was still floating there. I have no idea if obtaining that is possible or not. Something tells me it is, but I could just be looking too deep into that. I really liked the music in this. I totally recommend it for people to try it out themselves and form their own interpretations because I'm sure there could be many, drawing parallels with real life and whatnot. Hope to see more! 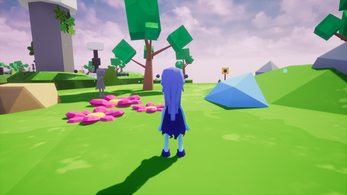 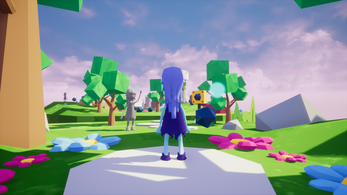 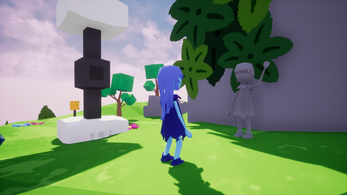 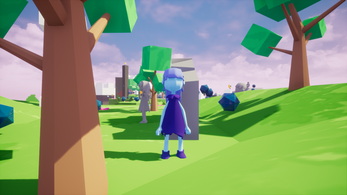 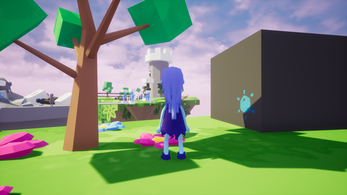